Want to talk to an expert employment law solicitor?

You'll receive a callback from a specialist within an hour 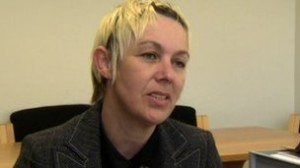 A woman has won her claim for sexual harassment and constructive dismissal in the Employment Tribunal after a male colleague exhibited inappropriate conduct towards her.

Noeleen McAleenon worked for Autism Initiatives NI as a child care worker until the harassment occurred early last year when she was rostered onto the night shift with a male colleague. She stated that on 20 January 2012 she was subjected to inappropriate contact and derogatory comments about her sex life and that this conduct continued up until (and including) 9 February 2012 – a period of 20 days. On 10 February 2012 she was suspended from work over (unsubstantiated) allegations that she had fallen asleep at work whilst on duty. She was subsequently told that she could return to work on 5 March 2012 but discovered in a return to work interview that she was to be rostered on to the nightshift with the offending male colleague again upon her return. At this point Ms McAleenon submitted a formal grievance to her employer complaining of her colleague’s conduct. Her employer interviewed the man about the alleged incidents and he admitted that inappropriate conduct had occurred. A letter was sent to Ms McAleenon on 6 April 2012 to inform her that he was to be disciplined and he was subsequently issued with a 12-month written warning on 25 April 2012. However, Ms McAleenon was not informed that this written warning had been issued and – unaware that disciplinary action had been taken – she resigned from her employment on 30 April 2012.

An Employment Tribunal claim for sexual harassment and constructive dismissal was subsequently issued by Ms McAleenon and the case came before the Employment Tribunal earlier this year, where a finding of sexual harassment and constructive dismissal was made. Ms McAleenon was awarded £12,293 for loss of earnings and injury to feelings, with the Employment Tribunal commenting that “the constructive dismissal was bound up with the harassment complaint and thus amounted to an act of sex discrimination and was unfair” and that “this case illustrates the danger of an employer not being proactive in circumstances where members of staff are known to engage in physical contact; the invasion of someone’s space; and to engage in banter which could be construed as sexual harassment”.

In order to succeed with a claim for sexual harassment in the Employment Tribunal, a Claimant must show that:

Chris Hadrill, employment solicitor at Redmans, commented on the case that “this is a classic example of an employer failing to deal appropriately with a grievance and/or disciplinary process, the result of which constitutes a fundamental breach of contract. Such cases are easily avoided by keeping aggrieved employees up to date with steps that the employer is taking to deal with the disciplinary and/or grievance process and a failure to get this right can be an expensive – and embarrassing – mistake”.

Want to talk to an expert employment law solicitor?

You'll receive a callback from a specialist within an hour

The service I received was friendly and professional. I appreciated the timely communications and Mel was always available for any questions I had. I'd definitely recommend Redmans and will use them in a heartbeat should the situation arise again.

Provided a great service, covered all my requirements

Redmans Solicitors recently helped me navigate a recent employment termination settlement agreement. Chris Hadrill is very professional and you will be in good hands with him. I score Redmans 4 out of 5 because things had to move fast and felt the team member assigned to my case wasn't very responsive at times. Having said that, I was very happy with the outcome and have no hesitation in recommending their services.

Chris Hadrill is hugely impressive - the right blend of assured calm and savvy professionalism. I've already recommended him to friends and family.

I was hugely impressed with the ease of being able to work with Redmans Solicitors and their professional approach. Mel was really clear around the process, and costings required and I felt comfortable throughout. I would certainly recommend.

I was made a settlement offer by my employer to terminate my emplyment early. Redmans helped me understand the offer, and ensured that it was fair for someone in my position. They made a very stressful situation much easier. Excellent service.

I can highly recommend Redmans. The service was professional and prompt and I would not hesitate to use them again. Thanks

Overall I am satisfied with the performance from Redmans. The reason I have given 4 stars is that I had quite a lot difficulty in contacting the representative which was initially nominated for me. However, when I contacted Chris instead, he was excellent over the phone and secured a great outcome in short order. I would recommend Redmans Solicitors.

Chris and Redmans were a great help. Effective and efficient, quick response from my first enquiry and then straightforward and attentive throughout with ultimately a positive outcome. I will use them again and recommend them.

Great service, quick responses, good advice and all in a no nonsense, no jargon manner. Would definitely recommend.

Rana was amazingly thorough and professional!

I am extremely happy with the legal advice I was provided with. My case was resolved to the best of my expectations. Thank you very much for your professional help.

Chris and his team were excellent. They provided sound advice and consultation that resulted in more cash than was offered. Would definitely recommend.

I would like to take this opportunity to thank Mel Chin, for all her support during my settlement process. Where she provided a professional service and was understanding. I would confidently recommend Redmans Solicitors to my friends and family. Thank you and wishing you all a Merry Christmas.

Excellent response time and communication during my dealings with Redmans

I don’t normally write reviews, but thought it was time on this occasion. Just wanted to say that I highly recommend Redmans - especially Rana Tandon, who helped me navigate around my employment contract. Rana was meticulous and thorough and all over my needs. Would I use Redmans again ? ..absolutely

Very thorough and professional service. I was very nervous about my employment case, as I had never dealt with anything like it before. However, the solicitors who handled my case made sure I understood everything. I was never kept in the dark and Redmans kept me constantly informed about what was going on with my case. I would definitely recommend Redmans Solicitors

Chris and Sacha were great throughout the entire process. Chris was very helpful once the initial discussions with my company began and before we agreed there was a case. Sacha was very responsive, patient and helpful throughout ensuring I felt I had the right information to make the best decision on next steps. A close friend and wife have both used Redmans in the past few years for unfair dismissals and the service continues to be first-class and I would strongly recommend them again. They definitely help reduce the anxiety that comes with uncertainty around new processes and situations. Thank you!

Very nice and patient went through the whole document with me.

Very helpful and led me through the redundancy process.